Volunteer and become an Advocate for Life!

Make volunteering your new year resolution! We have multiple ways to volunteer and invite you to learn more today. 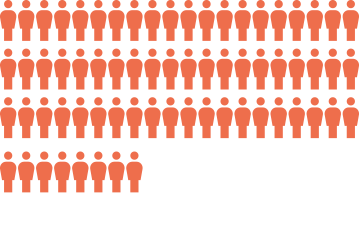 69% of Coloradans have signed up to be organ, eye and tissue donors.

Nearly 2,000 people in Colorado are waiting for a lifesaving transplant. “It’s hard to describe the feeling of gratitude I have for being given my life back,” she said. “It’s an amazing experience to live through something very critical and scary and then be told you have a second chance at life. It is an incredible gift.”

In 2013, Tiffany suddenly became ill with terrible flu-like symptoms and rapid weight gain. After visiting the ER, Tiffany received life-changing news. Her liver had completely shut down, and she only had a 20 percent chance of surviving more than three months. Her only long-term chance for survival was a liver transplant.

A few months passed. Tiffany had already begun making her end-of-life arrangements, including talking to her two children about how their lives would change. Tiffany finally received a call that there was a liver available for her.

After receiving her lifesaving liver transplant, Tiffany now finds beauty in the simple things and has found a new appreciation for life.

This website uses cookies to improve your experience while you navigate through the website. Out of these, the cookies that are categorized as necessary are stored on your browser as they are essential for the working of basic functionalities of the website. We also use third-party cookies that help us analyze and understand how you use this website. These cookies will be stored in your browser only with your consent. You also have the option to opt-out of these cookies. But opting out of some of these cookies may affect your browsing experience.
Necessary Always Enabled